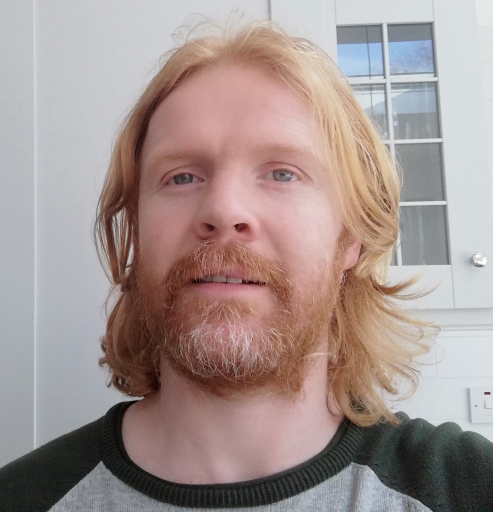 Having worked in the Landscaping sector for a number of years both in Ireland and abroad, Noel returned to Ireland with more of a focus on Organic Horticulture and worked on Mulberry Meadow Farm in his home county of Monaghan. He then did the MSc in Organic Horticulture in Skibbereen through UCC. Upon completion of this, he worked on Castleruddery Organic Farm in Co. Wicklow and was then very lucky to be selected to take over from Jason Horner as the Coordinator of the OGI Organic Farming Internship Programme in Horticulture. After 3 years in this role, he decided to pass on the baton to someone new but remained as a board member of the OGI and was then asked to take on the role of Chairperson in 2021. Noel feels its an honour to be in this role and to have worked with so many great people involved with the OGI and the organic sector as a whole. 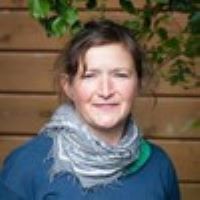 Catherine grew up on a dairy farm in south Co. Galway and has always had an interest in growing. Moving back to Ireland in 2014, she happened upon the OGI’s Organic Farming Internship Programme in Horticulture. She was accepted on the programme and was lucky enough to work on Beechlawn Organic Farm with Padraic and Una. After successfully completing the programme she remained at Beechlawn, while starting her own fledgling business in Gort. Selling a wide variety of locally grown, organic vegetables, in markets in both Gort and Kinvara, demanded a lot of time. However, she was still quite active in the Small Growers Network and eventually ended up on the board of the OGI. Even though she has taken a step back from growing for the time being, Catherine still takes an active role in the OGI board and is very enthusiastic about the future, both of the OGI and for organic horticulture in Ireland 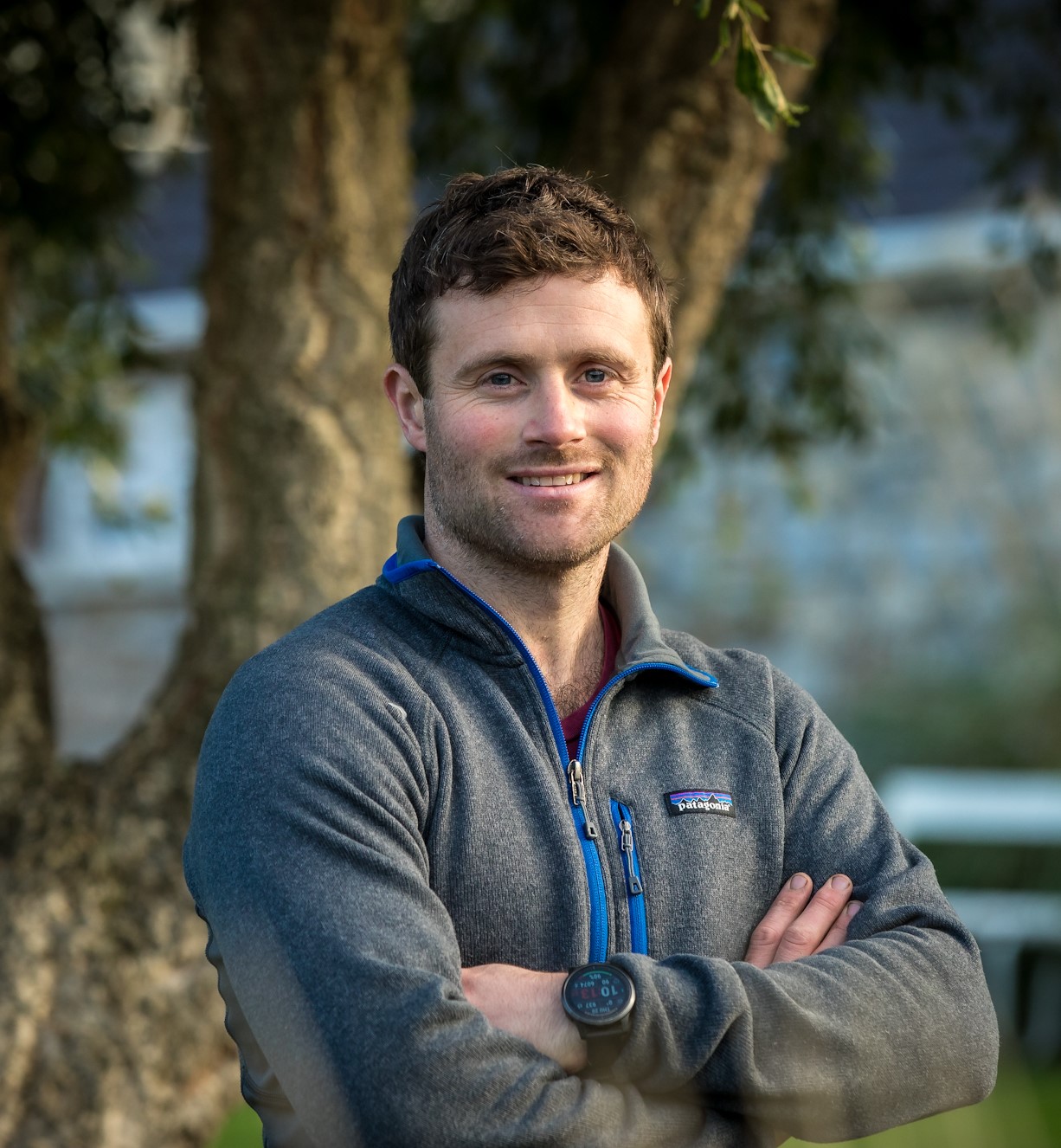 A graduate of the National Botanic Gardens of Ireland, Colm has had a diverse career in Horticulture gaining experience in many areas of the industry before beginning employment in Airfield Estate in 2013. As part of his role as Head Gardener, Colm manages the 3 acres of certified horticultural production using regenerative organic principals, producing seeds, vegetables fruits and flowers. Colm is also a regular contributor to the Irish Garden magazine where he shares his gardening knowledge with a focus on organic methodologies. 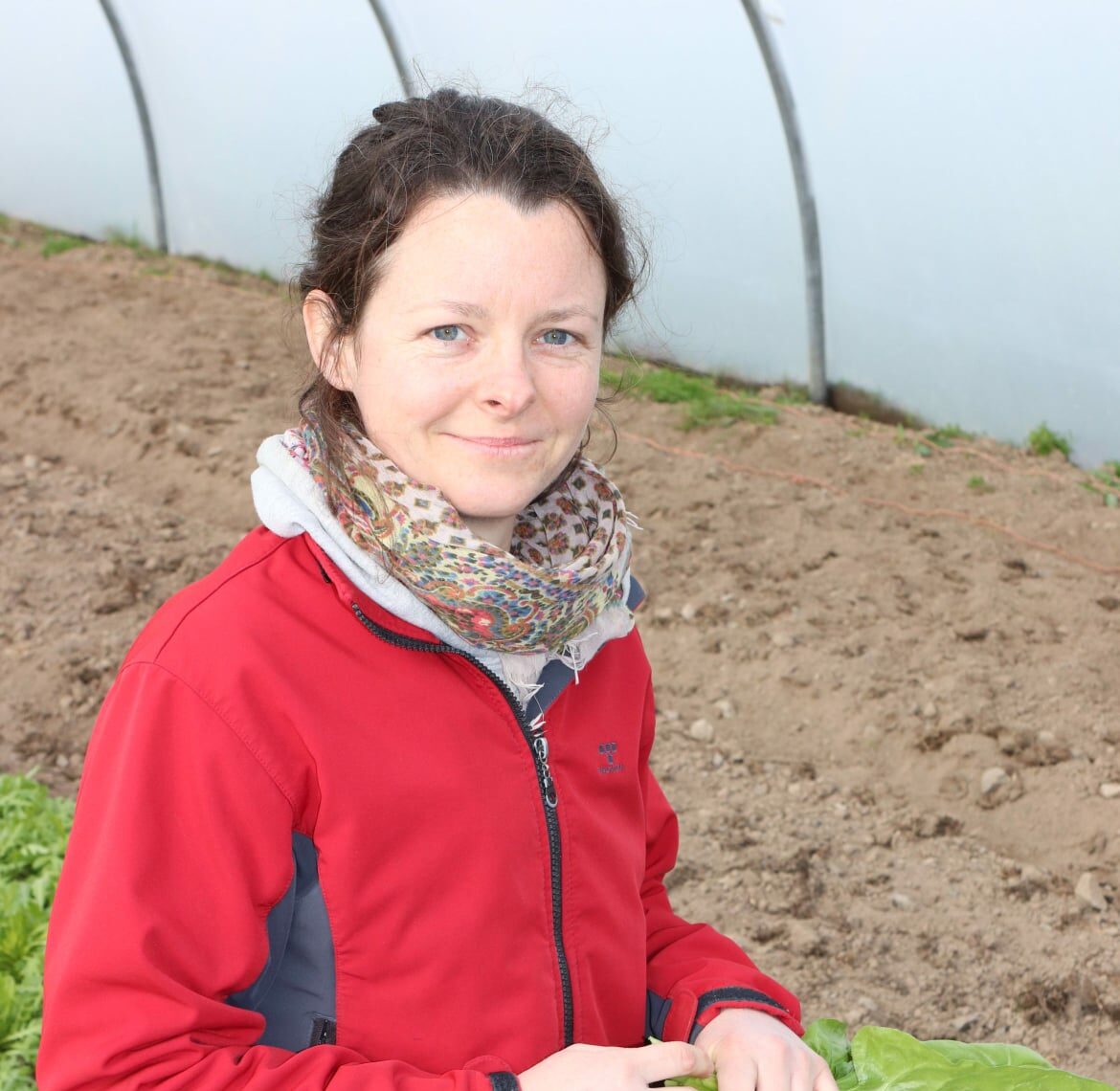 Orla is secretary of the OGI Board. She studied organic horticulture at an t-Ionad Glas and with Jim Cronin. She ran her own market garden for 6 years and is currently managing the market garden at Drumanilra Organic Farm. 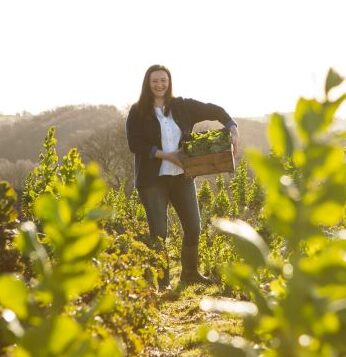 Una is farming in Puckane, Tipperary with her partner and children. They have a mixed farm: a suckler beef herd, some tillage barley and oats and 8 acres of commercial horticulture. Una grew up on an organic farm where her mother was a huge influence being the main farmer and managed the holding with great care and pride in her work. Una trained and worked in complementary health therapies after leaving school initially but over a number of years merged back in to farming and horticulture by completing the OGI Organic Farming Internship Programme in Horticulture. She is currently completing her masters in Organic Farming. Their veg is available through a large veg box scheme Harvestday.ie and through the Urban Coop Limerick, Supervalu and some local shops and restaurants around Nenagh. Through Una’s involvement with the internship and building up a relationship with the OGI, she is happy to be on the board and bring any knowledge and experience to the organisation as it grows and continues to help young farmers and growers enter the sector and also support existing growers through knowledge sharing events and workshops. 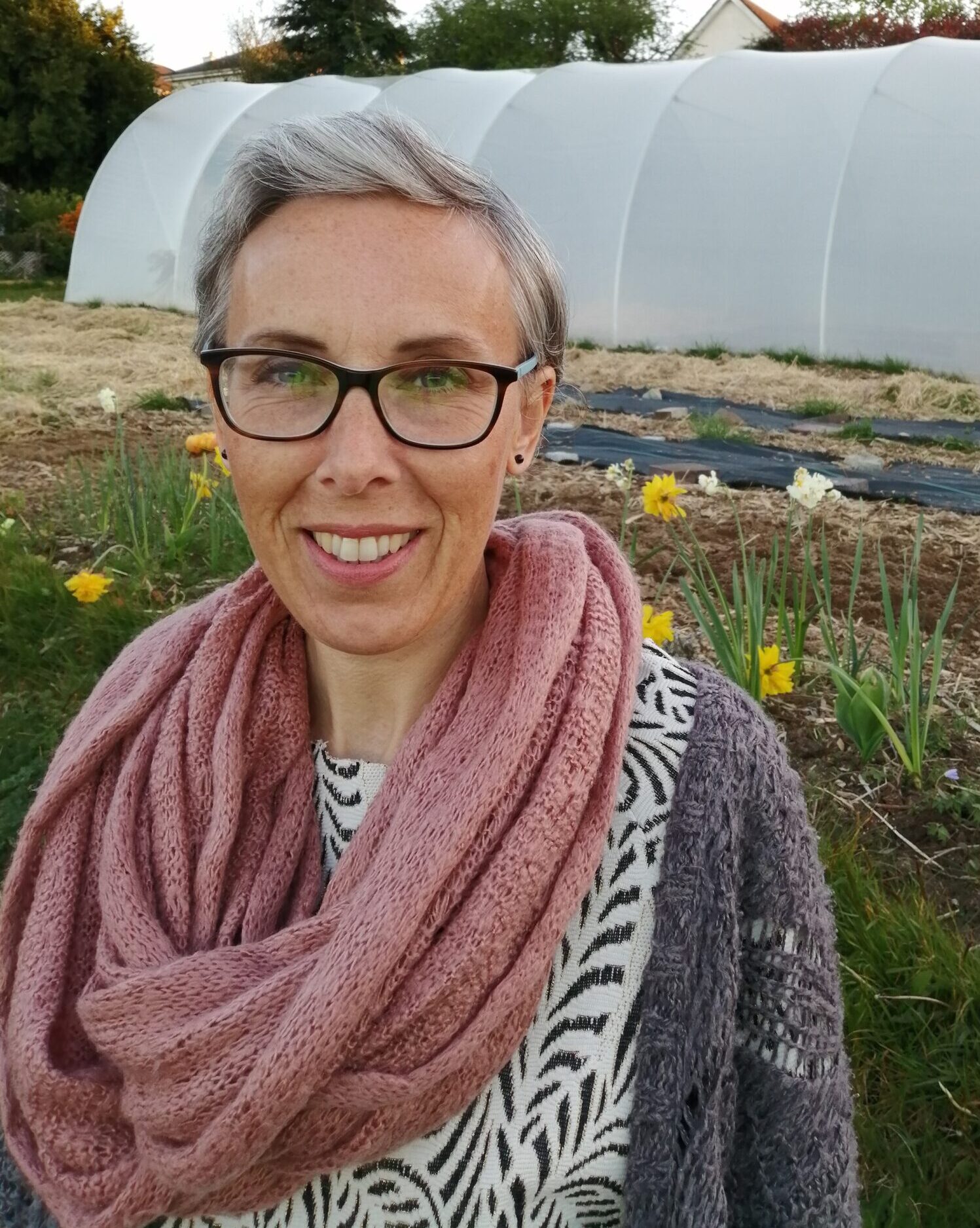 Jennifer runs a small organic unit in Wexford; Gorey Market Garden. She runs the OGI Organic Farming Internship Programme in Horticulture and enjoys the challenge of finding the right interns for our host farms as well as supporting the interns through the Programme. She contributes to various publications on all things organic horticulture and is a PhD candidate at Warwick University Crop Centre; looking at how Integrated Pest Management impacts on the economic and environmental sustainability of horticulture. 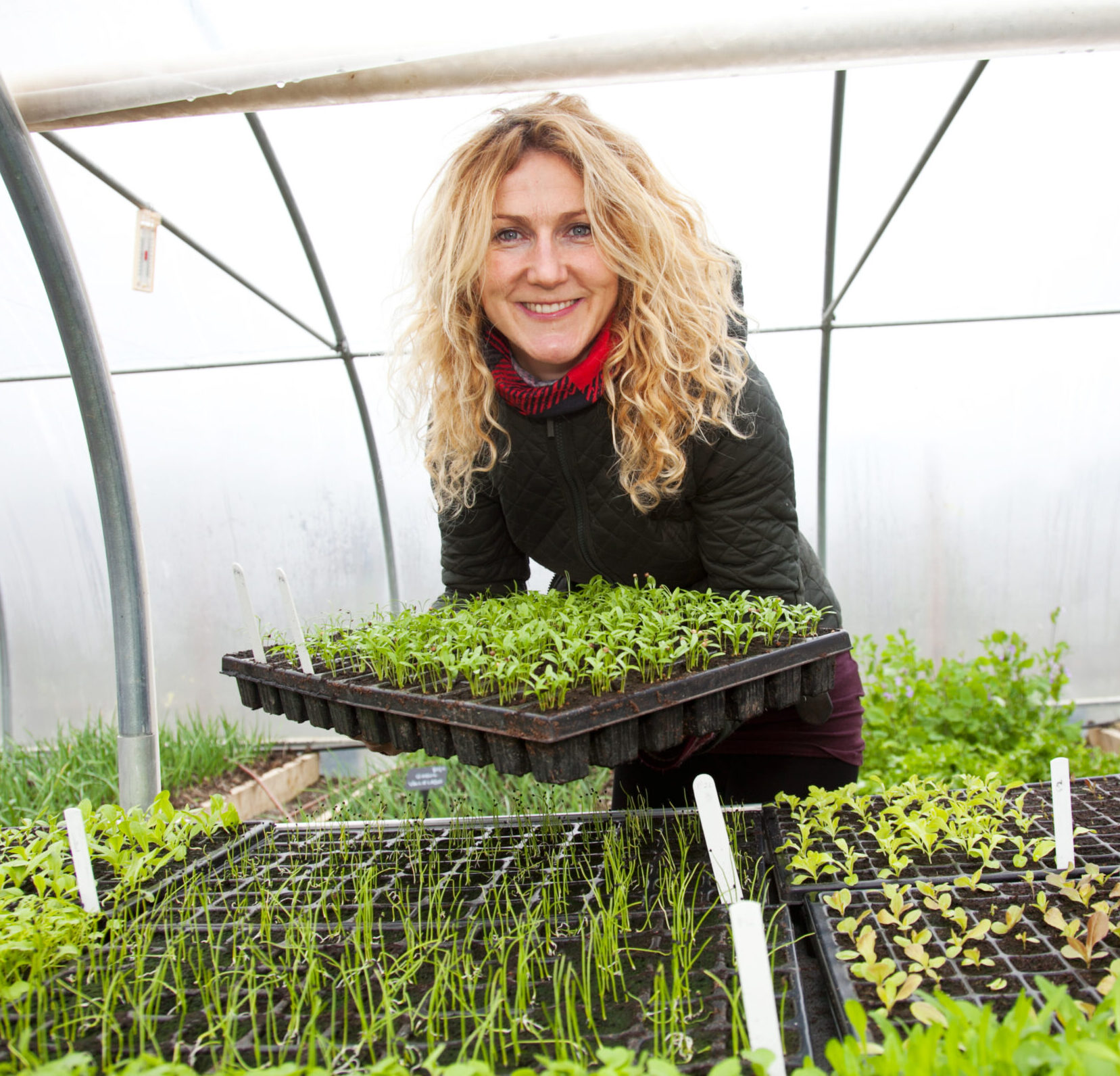 Kitty Scully is a well-known organic gardener and local food advocate in Ireland. Growing up on a mixed organic farm in Co Laois, she picked up a love of eating and growing good food at a young age. She nurtured this through travelling the world working on organic farms and studying. An MSc in Organic Horticulture is her highest paper accolade but her practical achievements go far beyond. Kitty has had a diverse career in organic horticulture, from managing a market garden for nuns to writing for national papers and presenting on TV gardening shows. She was former Head Food Gardener in Airfield Estate where she spearheaded the kitchen gardens conversion to organic production principles. Kitty is a natural communicator who regularly gives talks, lectures and teaches workshops on food growing using organic methods. She has recently returned to her native county after indulging her passion for travel, continued learning and Regenerative Agriculture systems on a one year farm study trip to South America. Kitty’s energy and enthusiasm for growing, learning and talking about all things soil based is endless! 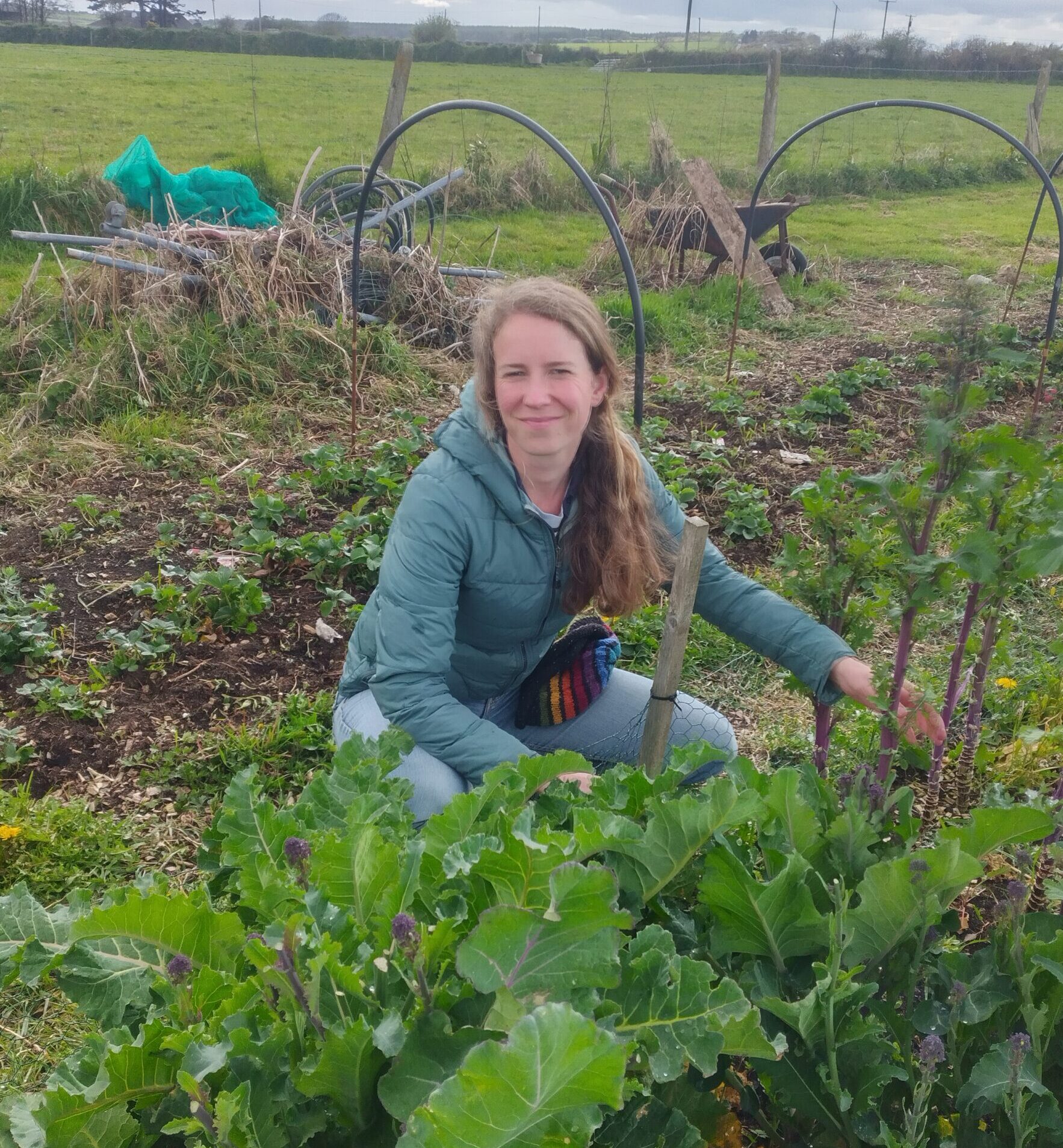 Siobhán is the OGI’s Administrative Assistant taking care of all things admin, which includes rolling out the monthly newsletter, updating the OGI’s website and social media forums and researching ideas, events, funding and content for the OGI. Siobhán is a past OGI intern having completed her internship on an organic farm in Kilkenny. She completed a Level 5 Certficate in Horticulture at An t-Ionad Glas. She is currently working at Riversfield Organic Farm in the South East.

Find Us on Social Media