Questions for Organic Farmers to Discuss 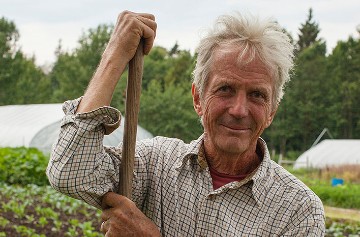 DEFINITION – According to all of us, what is “organic”?

What (values, practices, beliefs, etc.) has “organic” farming traditionally meant to its practitioners that distinguish it from “chemical” farming?

What (values, practices, beliefs, etc.) has “organic” farming traditionally meant to its customers that distinguish it from “chemical” farming?

Can we come up with a definition of “organic” farming that positively states an ideal or must it also negatively prohibit undesirable practices?

What factors define the soul of organic? Should organic be defined by the purity of its inputs or by the universal applicability of its soil fertility management techniques? Many in the US were first exposed to “organic” as a method of home gardening by Rodale, hence the focus on purity of inputs (ie. Organic Materials Review Institute, OMRI). However, all the classic old European organic farming books, after denouncing chemical fertilizers and pesticides, didn’t focus on input substitution but rather focused on how to enhance traditional farm-generated soil fertility maintenance using crop rotations, green manures, compost, cover crops, incorporating livestock, etc. so farmers would not need to rely on inputs.

Do we want a very strict, hard-core, idealistic, protect-the-future oriented definition? If the definition is too strict will we be accused of keeping people out to protect our market?

PHILOSOPHY – Does the way we farm organically qualify according to Aldo Leopold’s assessment of “right”? “A thing is right when it tends to preserve the integrity, stability, and beauty of the biotic community. It is wrong when it tends otherwise.”

Where do we strike the balance between idealism and reality? Or do we believe that successful practical techniques exist so idealistic farming, that doesn’t harm the planet, can also be adequately productive and economically sound? 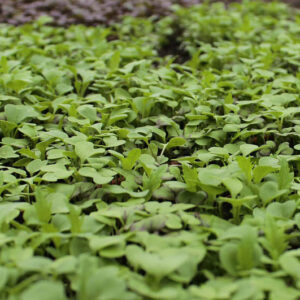 INTEGRITY – How do we build a popular movement to support the kind of agriculture we want, that will not be subverted by industrial pressure?

Do we believe it is still possible to reform the USDA National Organic Program (NOP) to exclude obviously illegal non-organic activities that the USDA is allowing such as hydroponic production and concentrated animal feeding operations (CAFOs)?

Do we want “certification” to be just a marketing program (which seems to be the only intent of NOP certification) or is it more important that certification be the guarantor of excellence and integrity that our customers obviously hoped it would be?

One way to begin the re-conquest of the legal certification of “organic” is with an add-on label. But what if we dropped NOP completely? What would the new name be? Would the name still contain the word “organic”? “REALORGANIC”? Is that legal? The idea of the USDA suing the pioneering organic farmers for using the word organic would get a lot of press coverage. Is it worth temporarily criticizing the brand in order to return it to truthfulness?

COMMUNICATION – In A Sand County Almanac (1949) Aldo Leopold stated:
“Your true modern is separated from the land… He has no vital relation to it… If crops could be raised by hydroponics instead of farming, it would suit him very well. Synthetic substitutes for wood, leather, wool, and other natural land products suit him better than the originals. In short, land is something he has “outgrown.”

Does our insistence on a “biologically active fertile soil” as the key feature of organic farming add to the confusion of people with that modernist preconception?

How can we make it easier for the true moderns to comprehend the importance of life in the soil as the basis for life in their food?

The most popularly embraced benefit of organic farming, according to customer surveys, is the prohibition of pesticides. What else should we be stressing and how should we present it?

How can we better teach the public that the plant resistance to pests, which allows real organic farmers to avoid needing pesticides, is an outcome of growing on a balanced, biologically active fertile soil that, as scientific studies have consistently shown, induces pest and disease resistance in the crops in addition to enhancing their nutritional value?