History of the OGI 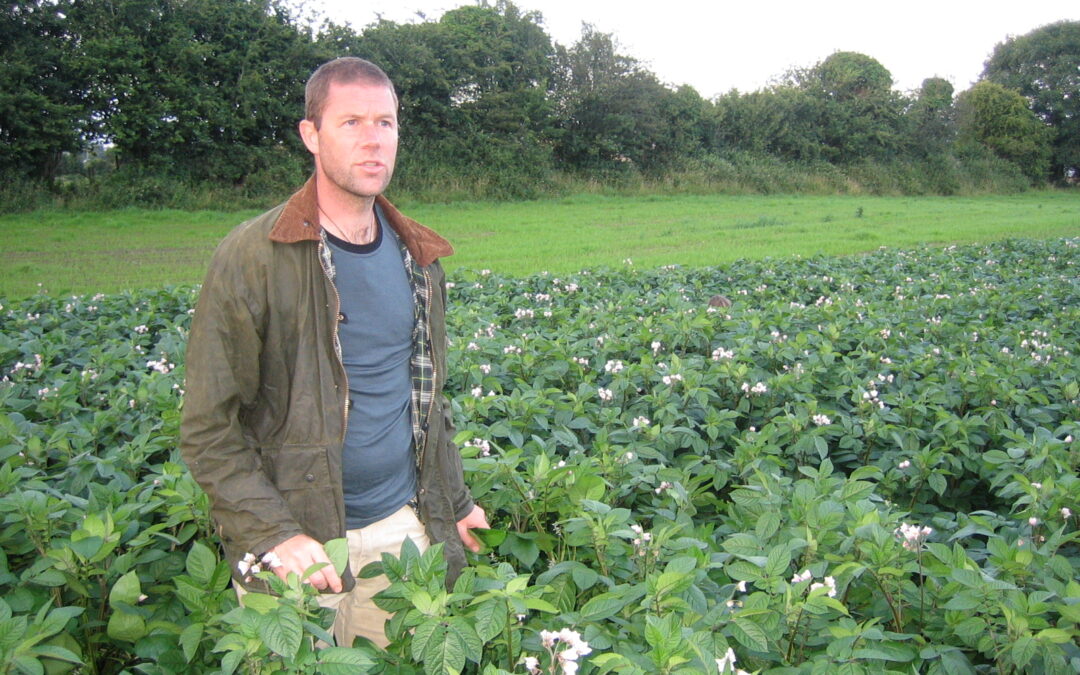 A Brief History of the OGI.

The Organic Growers of Ireland was first conceived as an idea on a farm walk (where else), back in the summer of 2008.  At the time it was felt that there was a need for a body to represent growers and who better to do it than ourselves. In the UK the Organic Growers Alliance had already been up and running for a year and this inspired us to try and do something similar.

In the first five years we decided that we needed to build some sort of a community that growers could belong to. We did this by organising farm walks on an evening, annual conferences, and workshops around the country. We gradually built a network where growers got to know other growers and were able to learn from them, trade with them and socialise.

In 2012 on learning that there was money available for the promotion of organic production we submitted a proposal to the Dept. of Agriculture Food and the Marine to run an internship. The Soil Association had been running a successful apprenticeship programme in the UK and it was felt that something like that would be good for Ireland. We looked at it as being a link between all the academic courses that were now available here and the industry itself, a place people could try out working on an organic farm and see if it was for them. To date we have had nearly 50 people complete this programme and a lot have stayed working in the sector which is great news.

The committee that weathered the early years and pushed on with the internship programme included Cait Curran, Grace Maher, Liam Walsh and myself. Between us we organised seminars, workshops, conferences, trips to the UK. We built a website lobbied government ministers, visited colleges and organised yet more farm walks. Thanks also to National Organic Training Skillnets who were instrumental in the helping with the organisation of many of these events.

We are now moving into the third five-year period since our inception. We have three new Directors at the helm who have taken up the running for the next generation of growers. Catherine Hayes, Orla Burke and Una Wycherley are very ambitious for the future of the OGI. As times change so an organisation evolves and starts to move in new directions. Currently they are looking to make the OGI a fully incorporated Company Limited By Guarantee, this will help us in future projects and put us on a very firm legal footing.

At the end of the day an organisation like this is only as good as its members. If people do not use it and get involved, it ceases to function. Everyone works on a voluntary basis at board level and this is no mean feat bearing in mind how busy growers are. We are always looking for new ideas of how best to further the aims of the organisation, so get involved and lend a hand if you can. The future of organic growing is looking particularly good now, but I think its stronger for all the work we have done in the last twelve years.

This website uses cookies to improve your experience while you navigate through the website. Out of these, the cookies that are categorized as necessary are stored on your browser as they are essential for the working of basic functionalities of the website. We also use third-party cookies that help us analyze and understand how you use this website. These cookies will be stored in your browser only with your consent. You also have the option to opt-out of these cookies. But opting out of some of these cookies may affect your browsing experience.
Necessary Always Enabled

Any cookies that may not be particularly necessary for the website to function and is used specifically to collect user personal data via analytics, ads, other embedded contents are termed as non-necessary cookies. It is mandatory to procure user consent prior to running these cookies on your website.