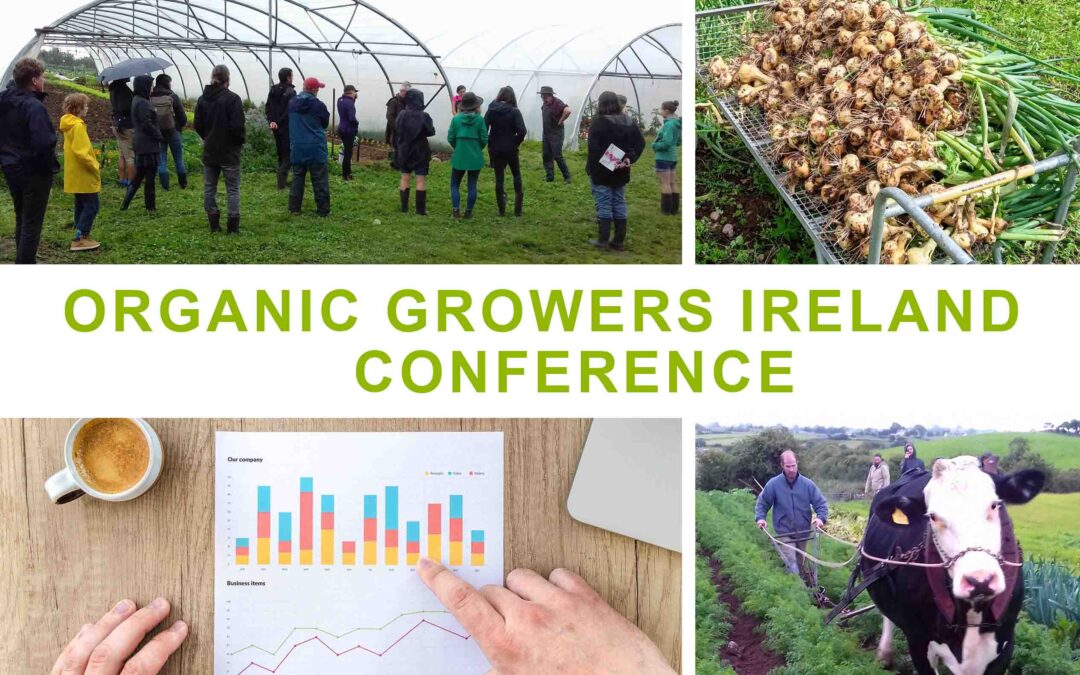 Ireland could become one of the most productive regions in Europe for fruit and vegetables if climate change models turn out to be accurate, according to experts speaking at the Organic Growers of Ireland (OGI) Annual Conference in Birr, Co. Offaly on 20th February, 2013.

Professor Peter Jones of UCC predicted a 2°C average rise in temperature by 2050 but said the country could remain relatively unaffected by the worst effects of climate change while the rest of Europe could suffer a 15-20% drop in yields. Increased CO2 in the atmosphere could also mean higher crop yields in Ireland, he said. Higher temperatures will lead to changes in traditional crop patterns with grain and forage maize possibly replacing barley and grass while soybeans, sunflowers and even grapevines could become commonly grown crops.

Not everything in the garden will be rosy as higher temperatures will also mean increased pest survival and additional generations of common pests such as carrot root fly, according to Dr. Caitriona Duffy of NUI Maynooth. The future in horticultural terms is uncertain, she said, because pest responses are highly complex and variable. She stressed the need for more research into the biology of pest species.

Roger Hitchings of the Organic Research Centre UK outlined some of the measures growers can take to moderate the effects of weather extremes such as choosing suitable land for horticulture, using less heavy machinery and utilising compost to reduce nutrient losses. He discussed the benefits of intercropping combining fast and slow growing crops and under sowing cash crops to maintain ground cover at all times. Mr. Hitchings called for a national policy for resilience in agriculture.

The extraordinary productivity of Wakelyns Farm in Suffolk, England caused a stir at the conference. Professor Martin Wolfe farms 23ha which is divided into 12 metre wide ‘alleys’ of arable land interspersed with rows of trees of several species. He addressed the importance of diversity within and among crops on organic farms. Testimony to the success of his experiment is the fact that he achieves 1.4 times the average yield that could be expected from a farm of that size.

Frank Bardet of Biocoop, a major French retailer of organic produce gave a presentation on the structure of the company which has over 300 organic shops and a turnover of €500 million. Biocoop works closely with a network of growers throughout France to provide high quality, local produce all year round.

Horticultural consultant, John Hogan, outlined some of the issues in dealing with bad weather conditions in a year like 2012. He explained the importance of choosing the correct type and situation of land for horticultural use and covered a broad range of issues related to production.

The presentation slides can be viewed below: